"I Feel Afraid All the Time" 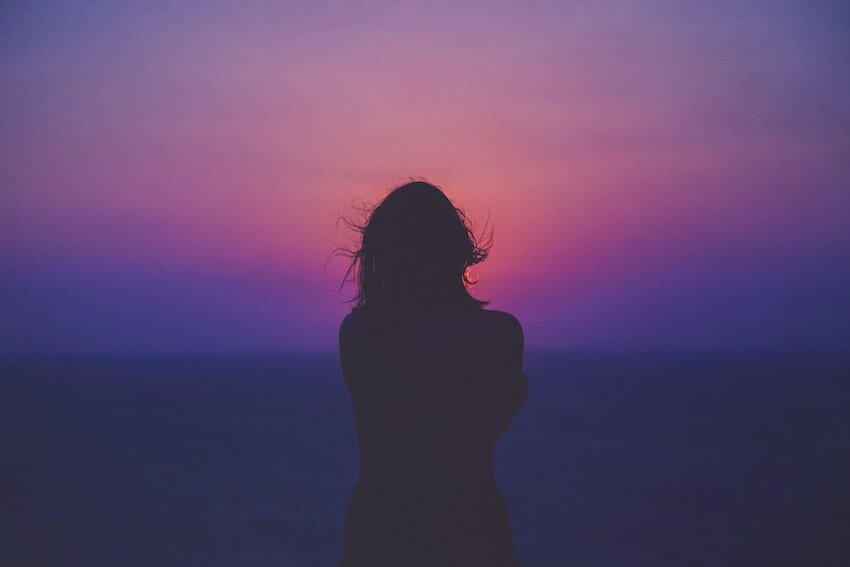 Although this essay was written long before the COVID-19 pandemic, we felt Yael’s powerful story of confronting her deepest fears would resonate today. May we all experience courage like hers. - Jay Michaelson, Editor

In 2001, when I was a junior in college, I had a panic attack in a clothing store on the corner of Broadway and Thirteenth Street in New York City.

I called my friend Sasha. Luckily, she picked up.

“I can’t breathe again,” I said in short gusts, as my chest constricted. I felt lightheaded and dizzy, and I was covered in a cold sweat. It was my third panic attack that month.

Sasha told me to focus on what was in front of me. “Touch the clothing,” she said, “How does it feel?”

“Soft,” I responded, still struggling with my shallow breath.

“What do you notice in the store?” she asked.

After describing my surroundings to her for the next ten minutes, my breathing finally calmed down. I broke down in tears of gratitude and exhaustion.

The next week, I nervously attended a workshop on anxiety run by the New York University Health Center. The facilitator mostly talked about the stress of classes, homework, and exams.

I thought to myself: Stress? About homework? The word “Stress” seemed to fall short of capturing what I was feeling. Homework was the least of my worries.

I was “stressed” because I wasn’t sure if I would ever find love, or if love was even real. Earlier that year, my parents had announced that they were getting a divorce after thirty-five years of marriage. And earlier that month, my long-distance boyfriend had broken up with me because of what he called “other temptations.”

I was “stressed” because I had taken out tens of thousands of dollars in loans to attend college and had no idea how I would pay them back after graduation.

I was “stressed” because on September 11th of that year, 2001, more than two thousand people were killed less than fifteen minutes from my residence hall. The world felt like it had gone insane.

I was experiencing more than just “stress.” I was deeply, existentially anxious.

I was hungry for instruction and guidance on how to be, not just how to take deep breaths. I wanted to live a good life. I wanted to love and be loved. I wanted to make a difference. And yet I felt like I didn’t have the right tools for any of those things.

As it happens, my mother had given me a flyer for a seven-day silent meditation retreat in upstate New York. I thought it sounded nice, like a relaxing spa vacation. Turns out it was nothing like a spa. It was seven days of complete silence. We could ask questions of the teachers, but otherwise even eye contact was discouraged. We practiced sitting and walking meditation all day long. In the evening, the teachers gave talks about mindfulness and something everyone kept referring to as “the practice.”

I cursed and cried my way through the first three days. The meditation was physically excruciating on my back and knees. I could not get comfortable. Unable to talk to anyone, I felt completely alone. Moreover, I continued to fail miserably at “the practice.” I could not pay attention to my breath for more than ten seconds at a time. I couldn’t pay attention to my food after the second bite. My mind was a self-recriminating, panicky, anxious mess, and my body hurt everywhere. At night, I devised elaborate escape plans wherein I would hotwire one of the cars and drive off into the woods, where I was sure life would be better than at the meditation center.

On the third or fourth day of the retreat, it was finally my turn to meet with one of the teachers. When I had pictured this moment during the days prior, I imagined that I would ask a deep philosophical question about the meaning of life and my place in it. Instead, as soon as I sat in front of him, I burst into tears. “I feel afraid all the time,” I heard myself say. That’s it. That’s all I seemed to want to say after days in silence.

The teacher paused for a minute, and then said, “You know, the interesting thing about fear is that it doesn’t like the light. The more you bring a flashlight to your deepest fears, the more they won’t be able to survive.”

So I tried to do that. I skipped the next period of meditation and walked down to the creek. Sitting at its edge, I concentrated on breathing slowly and imagined shining a small flashlight on my insides. What are you afraid of? I asked myself, and waited to see what the light beam would reveal. That I’m ugly, that I’m stupid, that nobody loves me, that nobody will ever love me, that I’m a disappointment. And also war, terrorism, environmental disaster, apocalypse…

I tried all of these fears on for size, but none felt like the whole truth. None quite resembled the kernel of fear in my gut that was causing so much grief.

Now I was closer. I was afraid of dying, but I had never died. How could I be afraid of something that hadn’t happened to me yet? What did I imagine dying to be?

No longer existing. Being worthless and empty to the point of invisibility.

And there it was: the feeling of being invisible and worthless. That was the core fear I carried with me without knowing it, the foundation of pain on which an entire shaky structure of identity was built.

I knew this was only the beginning. It would take years of meditation and exploration to unpack this core fear. But my teacher was right—meditation provided a steady light to shine on my anxieties and a container in which I could examine them.

Having taught meditation to thousands of college students over the past several years, I’ve found that the unique messes inside of each of us contain the seeds of everything we need. By returning to who you are in meditation, by deeply understanding your emotions, your suffering, and your interconnection with the larger world, you water these seeds. They hold within them real love for ourselves and others, which is the path to healing and to liberation.

Yael Shy is the CEO of Mindfulness Consulting, where she supports individuals and institutions with transformative mindfulness coaching, consulting, and teaching. She is the author of What Now? Meditation for Your Twenties and Beyond, and can be found on Instagram at Yaelshy1.