Are Emotions More Than a Feeling? 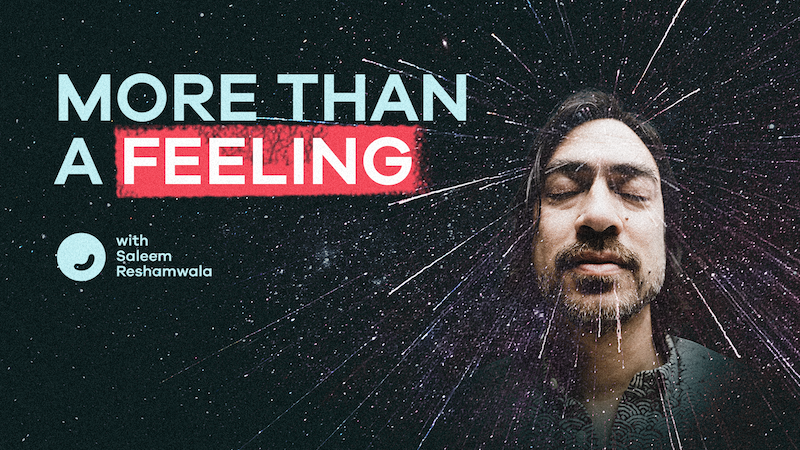 I’ve got a question for you: How are you?

Simple question, right? We treat it like it is. I mean, it’s probably the most common question we get asked every day.  Everyone from close friends to the cashier at my grocery store will ask me. And most of the time, I answer it in a snap.

But take a second and sit with it.  At the core of that simple, simple question, lies something that is not so simple at times. Because how we’re feeling can be hard to describe, and sometimes hard to share.  Moreover, different emotions are running through us all the time, affecting every decision we make. Think about it, how many different feelings have you had just since you woke up this morning?

I’ve been obsessed with this question for most of my life.  When I was little, I spent a lot of time in places where I didn’t know what was going on. I was born in the US, but I was a mashup kid — my dad’s from India and my mom’s from Japan — and my brother, sister and I frequently found ourselves in situations where we didn’t quite speak the language. This happened everywhere from holiday events where I was the only one who didn’t know a tradition to international trips with rooms full of cousins flipping languages in a way that I just… couldn’t.

So, I was always looking for signs, trying to figure out the codes. What’s everyone thinking? How’s everybody feeling? How am I supposed to be feeling? And it felt really important to get that right. I was just a little kid at a table, watching bodies and faces, looking for hints of when I should fake laugh. Cut to decades later, and I’ve spent time trying to fit in in dining rooms, bars, train stations, and even barber shops from Senegal to Easter Island.

All these decades later, I still do that thing: quickly try to read the room, feel out the cultural cues.

It wasn’t until I got a lot older that I realized how much everyone is faking it at times. How even when people speak the same language, so much of human interaction is this guessing game, this hunt for mutual feelings. On the surface level you might be trying to fit in, for sure, but it’s also much more than that. You’re trying to connect. To see and be seen in a real way.

I know those questions are big enough that they might sound kind of 3-am stoner-y.  But they’re at the core of our friendships, work negotiations, political polarization – all of which are full of guesses as to what someone is feeling.

These are some of the questions that the new podcast from Ten Percent Happier (which I host), called More than a Feeling, is setting out to answer.  Each episode, we look at the murky, complex, beautiful, human world of emotions. With some help from scientists, researchers, psychologists, and therapists, as well as hairdressers, former airline pilots, composers, and DJ’s, to name a few.

For example, I interviewed a psychologist named Tim Lomas.  I asked him the same questions I asked above: What are emotions?  And if we can't know the minds of others, can we ever really relate to them?  His reply blew me away:

”Yes, our emotional experience is fundamentally ineffable. In some sense, everyone is in their own unique universe. It's very, very hard to put into words. But, you know, words are the best we can do, and even if it's only some representation of an experience, at least it is a representation...

If you’ve got a negative cast of mind, you might just think, well, people are fundamentally disconnected and impossible to understand. But I don't think that's the case. I think that part of what connecting with and communicating with people is about, is trying to get closer to them. You won't see all of them, because that is probably an impossibility, but you can get some way inside. And that is valuable and beautiful.”

I couldn't have put it better myself. So, if you'd like to hear from exceptionally smart people like Tim, I invite you to join us as we investigate our internal worlds... together.

Saleem Reshamwala is the host of More Than A Feeling, Ten Percent Happier's podcast about human emotions. He is an Emmy-nominated producer, for his video work on implicit bias with the New York Times, a winner in the Best Music Video category at Harlem's Hip Hop Film Festival, and a mentor for The Sauce Fellowship, a Southern youth digital storytelling program in conjunction with the New Orleans Video Access Center.