Compassion, Rage, and the Amazon 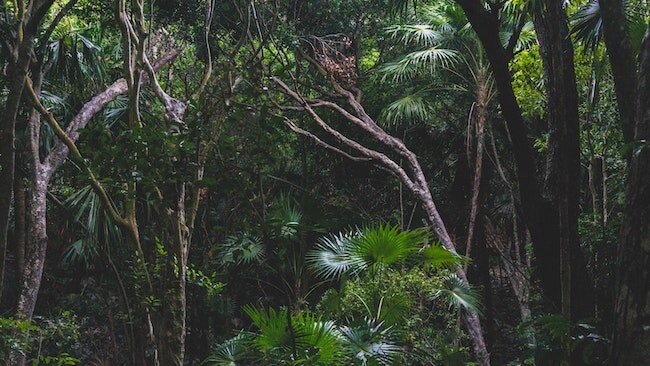 For the new ABC News documentary Guardians of the Amazon, Dan Harris traveled to the remote Amazon to follow a group of indigenous people from the Guajajara tribe who are fighting back against illegal – but government-encouraged – logging and destruction of their native lands.

Even for a seasoned journalist, the circumstances were extreme: over 30% of the Guajajara land has already been destroyed, and the situation today is like a lawless Wild West, with hit men hired by huge logging companies shooting and killing indigenous people with total impunity from Brazil’s government. Indeed, just two months after Dan and his crew filmed the documentary, its hero was shot in the back and a fellow tribe member was killed.

I asked Dan about how his two lives – tough journalist on the one hand, meditation guru on the other – intersected.  - Jay Michaelson

JM: It seems like you’re entering this extremely high-stress situation with some tools that maybe you didn’t have a few years ago. Did mindfulness help you stay balanced in this intense situation?

DH: You know, I'm kind of embarrassed to admit it, but I don't feel a lot of fear about what's going to happen to us. I mean, I've been in real war zones and I've been very scared a few times. But actually, my moments of highest stress is when it’s looking like nothing’s going to happen and we won’t be able to tell the story. That stress comes up a lot. And I do notice that the old, pre-meditation me would have been a lot shorter and sharper with the people around me. And now I'm able to sort of drop back into a sense of like, okay, this is out of my control. There's that great expression I like from David Axelrod: “all I can do is everything I can do.” Meaning, I’m doing everything I can. I can't control whether they find illegal loggers, so I'll just go with it.

JM: How did you react to the extreme injustice that you were covering?

DH: Of course, spending a bunch of time with the Guajajara, seeing their lives and hearing about how they view this work, I'm really on their side in some ways. But then, they bust these loggers and I have a chance to talk to the loggers who I'd been thinking of in my head as bad guys, and I asked them “why are you doing this?” And they say, “Because I have no other job, no skills, no opportunity. This is the only way for me to make a living.” And they're terrified. They've just been, you know, going about their day, and a group of masked indigenous men comes running in with guns and machetes, they're petrified and miserable. All a sudden I realized that, you know, there’s misery all around. That kind of compassion very much was there for me.

JM: And yet the people in charge of those loggers are committing genocide and ecocide.

DH: Yes. The people we met out in the woods are just the tip of the spear. The way deforestation in the Amazon works is you send in a bunch of underpaid people to go in there, cut down the valuable trees and bring them out and sell them – the loggers sell them for peanuts, it’s only people up the chain making a lot of money – and then once you've taken all the valuable trees, you burn the land and turn it into the cattle pasture, I mean 80% of the deforestation in the Amazon, it's because of cheeseburgers and leather shoes. And that's how the process works. It's not the people out there at the tip of the spear who are causing it; it’s the big logging companies, the cattle industry, and corrupt government officials. That’s where I start to feel less compassion and more anger. I do have to continue to be a journalist and have an open mind. But I think there are hard questions that we were able to ask in the course of the documentary of the government. I mean, Jair Bolsonaro is a president who was quoted as saying that he wished that the Brazilian cavalry had done as good a job [on Brazil’s indigenous people] as the American cavalry did at wiping out the Native Americans.

JM: One thing that comes up a lot for people when they hear these kinds of stories is a sense of hopelessness and despair. How do you deal with that?

DH: I actually do feel hopelessness and despair as it pertains to this tribe.You know, I really admire them and I find it inspiring that they're doing this work when the odds are so slim. They even admit that not only are they dying, but that even when they catch these guys, like there's not much they can do. They can't go further up the chain.  It's not like they can do undercover investigations and figure out who their bosses are and take them down. They don't have that capacity. And so I do have moments of worrying that these guys don't stand a chance.

But the thing about compassion that I think is empowering is that you figure out if there's a way to take action, and you take it. For some of us, that might mean donating to NGOs doing work to protect indigenous people and the Amazon, groups like Survival International and others. In my case, the way to take action is to tell several million people about what's happening. I don't know that that guarantees some sort of fairy tale ending, but it feels better than doing nothing.