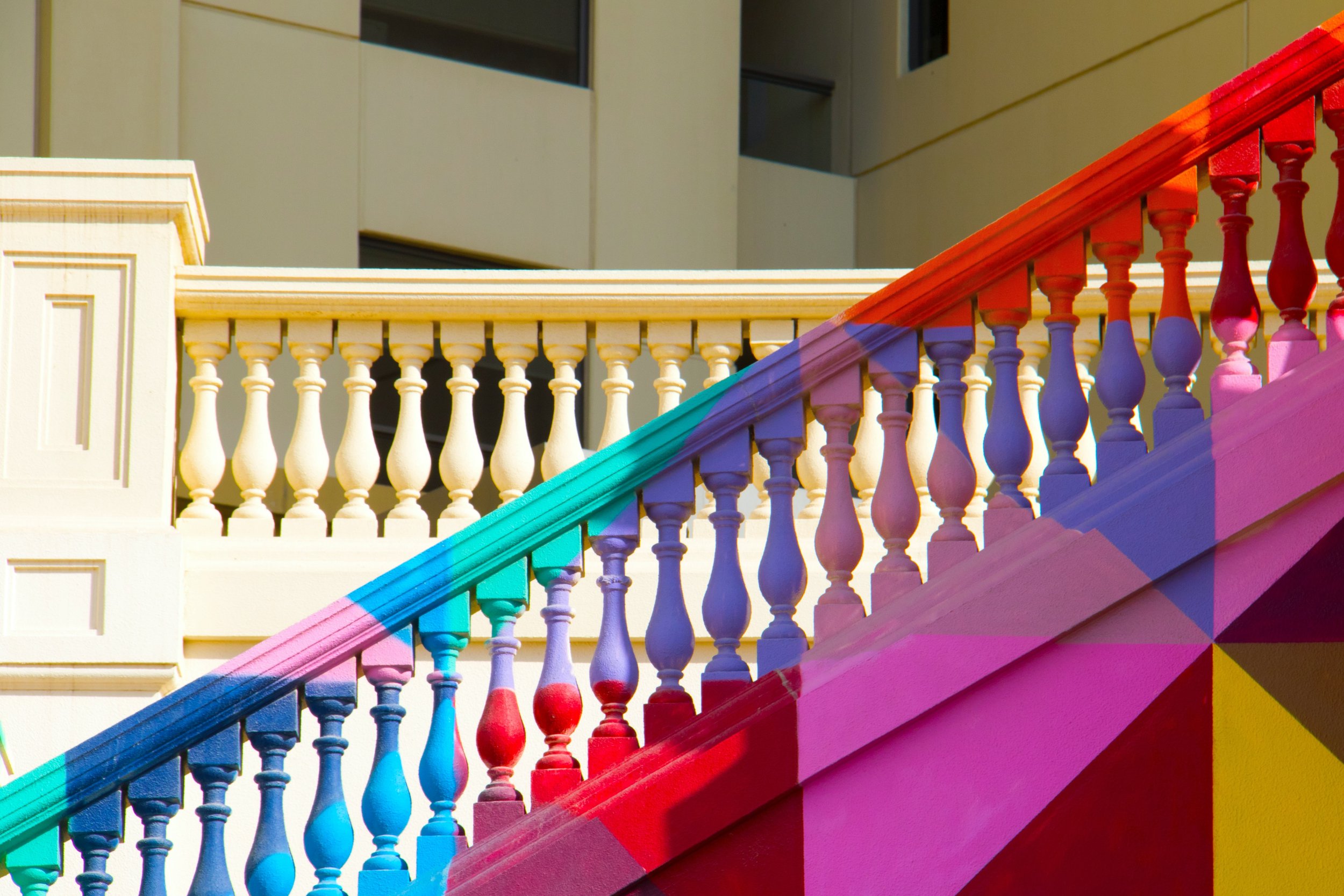 Recently, we asked Ten Percent Happier app subscribers what topics they most wanted to hear about. One of the responses we received the most, in various forms, was “how can I be more accepting of life’s ups and downs?”

To me, this simple-on-its-surface response says quite a lot about the relationship of meditation to, well, just plain advice.  And why, at least in my experience, meditation has a lot more to offer.

If you think about it, the answer to “how can I be more accepting of life’s ups and downs?” is pretty obvious.  We all know that life has ups and downs.  It’s just how life is.  There are times when you’re happy, loved, safe, and healthy – and times when you aren’t, or when your loved ones aren’t.  Sometimes you get the big break / job / love affair / recognition, and sometimes you don’t.  Sometimes what you have feels like enough, and sometimes it doesn’t. Everything changes.

So, you know, just read that paragraph over and over again, and you’ll be fine, right?  After all, it’s got all the sage advice you need.  It could even fit on a meme.

But that’s the thing about “wisdom”: answers don’t actually count. Happiness, resilience, and wisdom are less about what you believe intellectually, and more about how you make the belief real emotionally, mentally, and sometically. Sure, sometimes reading wise words may occasionally being comfort.  But when you’re really hurting, it usually doesn’t help.  Sometimes it can actually harm, as in ‘toxic positivity,’ demanding that you see the bright side and shaming you into feeling what you’re actually feeling.

I get it, I sometimes say to myself at such times, but I’m still hurting.

Nor does it work to desperately seek some way to make the pain go away.  I mean, sure, it works in the short term.  Go for a walk, see a movie, have a glass of wine (if you do such things), find your zen, distract yourself – all that is fine.  Really, it is.  But at a certain point, the distraction ends, and you’re left with the pain.  Now trying to make the pain go away is either unsustainable or dangerous or both.  So what then?

The basic skill of meditation cultivates a different relationship to pain – one that can enable it to be a lot more bearable.  It starts on a micro level in your own meditation.  You’re bored, irritable, sad, uncomfortable, whatever it is, but you’re able to just “sit with it,” meaning, allow yourself to feel what you’re feeling, perhaps noticing how it feels in the body, without becoming consumed by it on the one hand, or insistent that it go away on the other.  It just… is what it is.  “Right now, it’s like this,” as I quote often.

This is not about gritting your teeth and enduring difficult stuff – in a way, it’s the opposite.  It’s about relaxing the jaw and allowing the difficult stuff to flow through without obstruction.  It comes, it goes, it rises, it falls, but your attention is kind of hanging out in the awareness of the feeling, rather than in the midst of the feeling itself.  The difficult feelings do what they do.  You’re not drowned by them, you’re noticing them, allowing them, accepting them.

With that releasing of the resistance to the difficult feeling, several things happen.

First, a lot of the extra suffering just disappears.  As we say often in Ten Percent Weekly, pain really has two parts: the pain itself, and the pain of resisting the pain.  The first part is often beyond your control – when you hit a “down,” it’s going to hurt, and maybe it should hurt.  But you can really do without the second part.  If you can train yourself to notice when you’re perpetuating pain by wallowing in it, or ruminating about it, or trying to resist it, you can stop yourself from adding all that extra stuff.

Second, without all that resistance propping it up, sometimes (but not always) the pain itself decreases on its own.  I can’t promise this will always happen, but see if you can notice it on a small scale during your meditation.  A pain or distraction comes up, but if you just notice it and gently go back to the breath, it might just pass on its own.

Third, without the resistance, the mind can relax somewhat, and the heart can open, and some of that sage advice can actually sink in.  Right – change is part of life.  Ups and downs happen.  I can show up, be here, notice what’s happening, and relate to the ‘down’ in a wiser and more compassionate way.

We train the mind in this skill in meditation, often with very small stuff (I’d really like some chocolate. When is this sit over?), and then we apply it in real life.

There is a downside.  It is training – you can’t just read this newsletter and expect it to sink in.  Like going to the gym, meditation requires you to actually do the exercises. Reading some good advice is a lot easier – but then again, it doesn’t work.

So that’s how, in my experience – even right now, as I’m going through a lot of changes, moving to a new city, letting go of a lot of how I used to live – meditation helps us to accept the ups and downs of life: not by dispensing advice, but by actually teaching the mind how to accept.  Practice this acceptance on a mundane level, and then, when life takes a turn, it will be there for you when it counts.