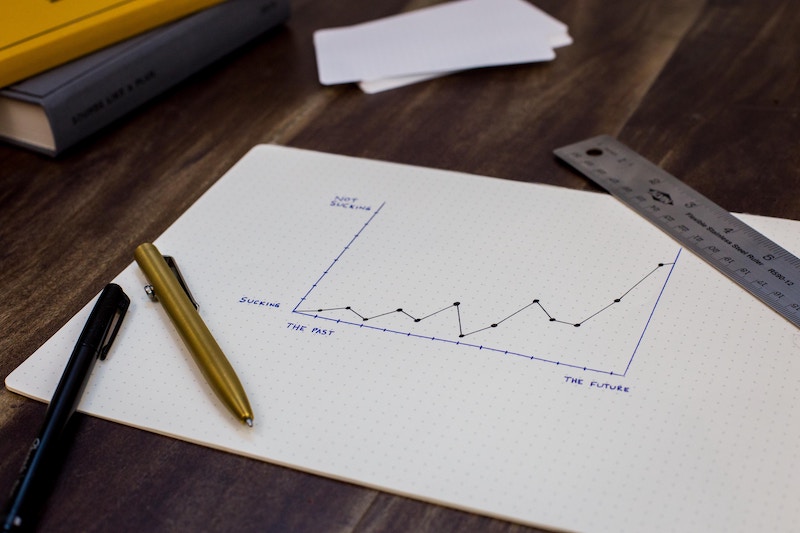 As of this moment, I still don’t know where my wallet is.

I’m pretty sure that by the time you read this, I will have found it. But as I’m writing these words, I have no [expletive] idea where my [expletive] wallet is.

This is what it’s like in the middle of the meditation road. I’m actually no longer upset about the wallet, after a 45-minute subway ride, a cold brew coffee, and a decent amount of mindfulness practice on the train. And I didn’t say anything sharp to my partner (or my daughter) as I ran around the house in a tizzy. This is what progress looks like.

Still, there was the tizzy. And, for good measure, a good ten or fifteen minutes more tizzy-ness after leaving (with my partner’s Metrocard and my passport instead of my license).

I’m sharing this with you because, a lot of times, it’s hard to notice the progress we’ve made toward being wiser, saner, happier, and calmer people when there’s still so far to go. And yet, I’ve been doing this meditation thing long enough to know progress when I see it.

For example, it was interesting to watch my mind hold onto the morning’s agitation, desperately wanting to replay it even after I’d already left the house. I’ve seen this tendency many, many times before: it was almost as if I had to justify feeling upset in the first place by continuing to feel upset a while longer. No, it really did matter, my mind was saying. See, it still does.

Because I’ve seen this series of mental patterns so many times before, sometimes in the rush of the moment and other times in the quiet of meditation, I can recognize it quickly and not feed the fire. Oh, here’s that thing my mind does when it wants to justify feeling upset. I don’t have to do that. In fact, I can actually stop churning. I know how to do that. And it feels better.

This is the good kind of “voice inside my head” that Dan often writes about.

I’ve also gotten to know what’s underneath the anxious voice: embarrassment. My mind keeps justifying being upset because it’s embarrassed at having been upset in the first place. After all, I’m a meditation teacher! How humiliating to be reduced to an anxious mess just over misplacing my wallet! I better churn this incident over a few more times so that everyone understands it’s a really big deal.

Again, I’ve heard this song many, many times. I’ve heard it on meditation retreat, justifying my anger over something someone did in the cafeteria line. I’ve heard it at my computer, stewing in jealousy over someone else’s accomplishment. I know this voice very, very well.

And so, when it came up today, I knew just what to do with it. Namely: just let it go. I don’t hate the justifying-churning-anxious voice. I know it’s just doing its thing. Someday, maybe it’ll do its thing less. But in the meantime, I can see it, make friends with it… and just let it go.

Or, here’s another example. In the moment, while I was scurrying around the apartment and running late, I knew that I was upset. I also knew that, at this particular phase of my contemplative development, I don’t have the tools to stop feeling upset and that it’s counterproductive to even try.

In fact, I had only one priority in those rushed moments, other than solving the problem and finding a way to get out of the house: not spreading the tension to my partner. I didn’t totally succeed in that – after all, it’s still nerve-wracking to watch your loved one race around your home like a lunatic. But I didn’t say anything unkind or harsh. I didn’t compound the stressful situation by turning it into a conflict. The storm arose, and it passed without anyone getting struck by lightning.

Again, I’m not sharing any of this to pat myself on the back. Quite the opposite, actually.

First, no matter where you are on your journey – even if you’re the “editor of wisdom content” at Ten Percent Happier – there’s probably plenty of road ahead. “Even” a longtime meditation teacher is still human, and still has human emotions that often are challenging.

And, to be honest, that’s fine with me. I’m not here to be less human, and if the price of humanity is a few minutes of stress, it would be worth paying even if I had a choice not to pay it.

Second, no matter where you are on your journey, progress does happen. Especially if you’re wired to see the glass as half empty, as I am, it is really helpful to see that it’s a little fuller than it used to be. It feels good, and it’s a confidence boost.

But it’s more than that. Taking note of progress shifts the whole nature of the game. I don’t need to be convinced of the benefits of meditation because I notice them myself – and perhaps more importantly, the people in my life notice them. I don’t need to take anything on faith, or worry about whether I’m just deluding myself, or depend on the latest scientific study, or any of that. I know it works.

Oh, and postscript: my partner found my wallet.

Dr. Jay Michaelson is the editor of wisdom content for Ten Percent Happier. He’s been teaching meditation for fifteen years in secular, Buddhist, and Jewish communities. Jay’s eight books include The Gate of Tears: Sadness and the Spiritual Path and the brand new Enlightenment by Trial and Error.