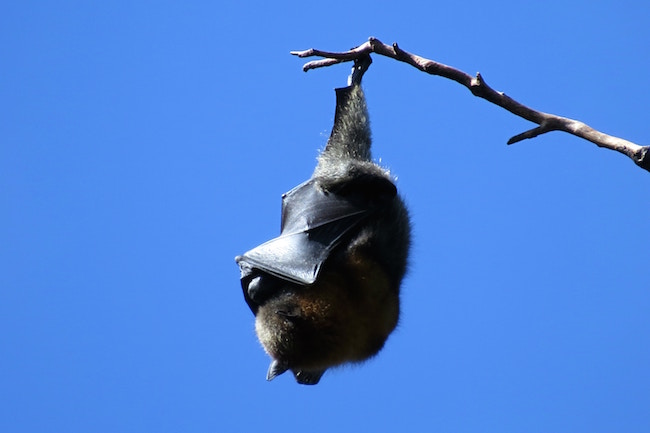 Actually, they sort of do. You probably have some of them in your life. They may be co-workers, relatives, friends, or fellow parents in the PTA: they’re the people who seem to suck the life out of you, demanding more and more of your mental energy.

Some vampires thrive on conflict, even on the thinnest of pretexts. Others press your personal buttons so well, you’d think they installed them themselves. Still others – well, you know them when you see them, because you spend inordinate amounts of your brain power thinking about them.

In fact, if you meditate regularly, you’ll really know them when you see them, because they’ll probably show up – uninvited, of course – every time to you get quiet and close your eyes. One sort-of-friend of mine used to appear every time I was doing loving-kindness meditation, demanding that he get some love too!

Unfortunately, these vampires can’t be scared off with garlic. And no, you can’t drive stakes through their hearts either. But there are mindfulness-based tools for minimizing the impact they have on your life. Here are four.

1. You are the vampire slayer

The first and most important step in fighting energy-vampires, once you’ve recognized them, is to take responsibility. These people are who they are. You’re probably not going to change, educate, persuade, calm, or otherwise transform them into the person you would like them to be. Definitely do not recommend they try meditation.

And that means the onus is on you. Assuming you can’t make a vampire go away (more on that in a moment), all that you can do to minimize their impact will be work you do on yourself.

Admittedly, this bit of advice runs contrary to, I don’t know, 90% of what common sense and self-help tell you. It runs contrary to what you might want, which is for the other person to be understanding, reasonable, or whatever. It’s kind of a bummer.

But it’s also at the core of mindfulness: that while the world is not under your control, some of your mind (and heart) is. You can reduce the amount of time you spend brooding over the vampires in your life. You can reduce the amount of stress that brooding generates. But to do so, the first and most important step is to recognize that the work necessary to do that lies within.

Like it or not, the only “vampire slayer” (shout out to Buffy fans!) here is you. And the only ‘slaying’ that’s going to happen is in your own mind.

Okay, so you’ve done the hard work of admitting – and really, truly believing – that the other person is not going to change the way you want them to. What next? One key vampire-slaying technique is to train the mind to resist the temptation to engage. And the best place to do that training is in ‘formal’ meditation.

As we’ve already noted, you probably won’t need to go looking for the vampire – she or he will probably show up in your meditation totally uninvited. Maybe you’ll find yourself rewriting an email you sent – maybe with a sharper insult, or maybe not sending it at all. Or you might literally hear the vampire’s voice inside your head. Whatever it is, poof! The vampire is evoked.

Normally, the mind will then spend many more energy-cycles feeding this energy-vampire, which, of course, is a mental projection entirely different from the actual human being in the world. That’s where your free will comes in. In meditation, train the mind to recognize the vampire, name it – I prefer to use the term “vampire” rather than the person’s actual name, since after all it isn’t the person showing up, it’s your vampire-image of them – and go back to what you were doing.

At first, this may be difficult. Once the vampire has its teeth in you, it’s hard to dislodge. But over time, you’ll find your mind becomes conditioned to let go. “Ah! The vampire!” it says in an instant of recognition. And it naturally goes back to the breath, or whatever your meditative focus is.

Obviously, you don’t have to use the word “vampire,” or any word at all, really. “Ah!” alone works. The point is to habituate the mind to recoiling from the mental stimulus, rather than engaging with it. The mind will learn to naturally, reflexively drop it, like a child recoiling from a hot pot on the stove.

This “recoiling” doesn’t have to be laced with fear, anger, or dislike. It can be a very simple movement of mind. “Nope – not going there. Back to the breath.” Again, it’s not the person you’re recoiling from, it’s the vampire; your inner projection of them that takes up so much mental and physical energy.

As you’ve built this skill in meditation, try applying it in your life. There’s the email, or the insult hurled across the dinner table, or the annoying post on Facebook. Recognize the vampire! Just move on. If you have to engage, do so simply (and, preferably, not in the moment). If you don’t have to engage, don’t! Starved of your energy, the vampire will wither.

Next, you can actually try applying some loving-kindness to your vampire. When the vampire shows up (in meditation or life) and your mind gets ready to feed it tons of mental energy, shift gears. See what happens when you apply some loving-kindness to the situation. After all, the vampire just wants what we all want: love, attention, respect, safety. They’re just trying to get it in a way that, for whatever reason, triggers you. Give it a try, wishing the vampire happiness, safety, and peace. Can you get some insight into the vampire’s motivations? Can you see that the vampire is thirsty for the same things as you are?

Remember, you are the slayer, not the therapist. It is not your job to fix the other person, and your imaginary analysis is not the same as actual analysis. You are probably mostly wrong about their motivations and issues. That’s fine – your only role is to ‘slay’ the vampire inside your mind.

Finally, sitting with the vampire in meditation may convince you that it’s best to see less of them in real life, if that’s possible. Sometimes it’s as simple as unfollowing someone on Facebook. Sometimes it’s choosing not to gossip. Sometimes it is actually seeing less of another person, all the while “owning” the fact that the choice is about you, not them.

And that’s the kicker. As you grow in mindfulness, you grow in honesty. Because if you think about it, it’s pretty much always about you. What’s really happening is that someone is doing their thing, and you don’t like it. Maybe you’re “right” not to like it, maybe you’re “wrong,” but at the end of the day, it’s you who’s doing the not-liking. So that is where the work has to happen.