The Practice of Voting 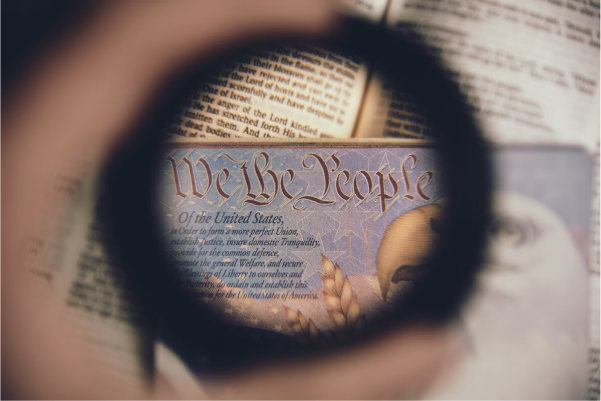 This week, with the control of both houses of Congress at stake, Americans will head to the polls for a crucial election.

Midterm election turnout is always lower than in presidential election years, and even in 2020, with the highest voter participation in decades, only 66% of eligible voters actually cast a vote.

And when people don’t vote, there are consequences. On September 25, 2022, a coalition of far-right neo-fascists led by Giorgia Meloni took the Italian national election with a combined total of just under 44% of the vote. Not coincidentally, turnout was down over 9% from the previous election.  In May, 2022, far-right French politician Marine Le Pen came close to doing the same thing in France.

Now, I’m a Buddhist meditation teacher with progressive political positions. I don’t view these positions as incidental to my study of Buddhism or meditation, but rather as the ongoing result of deeply contemplating the worldview of interdependence. To borrow from Rev. Dr. Martin Luther King, Jr. (a dear ally of the late Buddhist master Thich Nhat Hanh) the truth of interdependence teaches us that “whatever affects one of us directly affects all of us indirectly.” That means we need to build cultures, economies, and governments that acknowledge this truth and that flourish in harmony with it.

However, I also acknowledge that some people view the teachings of mindfulness in a more conservative light, as a call to personal responsibility in all areas of life. This is also an important perspective, because it’s hard to make any progress toward liberation without personal accountability for your mind, your actions, and your life.

So, in a sense, our modern political dialogue between progressive and conservative values is also a conversation about how much of our lives—and our paths—are about individual responsibility, and how much of our journey is about shared duty to those with whom we live in community. This dialogue between the truths of personal responsibility and interdependence ought to be a lively and ongoing one.

But that dialogue can only take place in a democracy where all voices are heard and everyone is encouraged to vote. When votes are suppressed, discouraged, or denied – when false claims about fraud are used as a pretext to make it harder for people to vote and contest valid elections – then we can’t have real conversations about how much of our lives are personal and private, and how much of them are shared and collective, because the very forum for that values-based exchange is threatened, and potentially extinguished.

Likewise, the healthy discussion of values doesn’t include conspiracy theories, fear-based attacks against immigrants and other scapegoats, and the denial of science, whether the science in question is about climate change, gender identity, vaccines, voting machines, or any other subject.  Those actions aren’t part of the healthy debate between liberals and conservatives.  They undermine that debate.

In the ancient world, mindfulness practice was introduced to society by Siddhartha Gautama (also known as the Buddha) as much more than just sitting meditation practice. It was more expansive, inviting us to practice presence and care in every aspect of life.

Now, the Buddha’s society at the time was not arranged around principles of democracy, so the specific duties of citizenship didn’t get much discussion, and the “affairs of kings and princes” were often dismissed as irrelevant. But in our society, which only functions when everyone works toward (and debates) the common good, certain core principles still apply: for example, that mindfulness applies to all of life, that reducing suffering is a moral imperative, and that promoting societal harmony is part of the contemplative path. And in that context, it becomes natural and necessary to view voting as part of mindfulness practice itself.

Moreover, as mindfulness practitioners, we have a unique opportunity to notice when we may be making decisions based on fear or anger, and to employ mindfulness to cool those fires so we can see more clearly.  We can discern between legitimate debate on the one hand, and sabotaging democracy on the other.  And we can make our political choices based on the core value of reducing both individual and collective suffering.

And while perhaps disagreeing on important values, we can loudly reject any party or force in society that attempts to deny people the right to vote or deny the outcomes of elections.

Meditators also know something about the value of a regular practice, whether it’s meditating every day or voting in every election.  The way to maintain the precious system of democracy is to make it part of your practice: to participate every time you can, and to safeguard and encourage the participation of others.

Please, if you live in the United States, make voting—and encouraging others to vote—part of your mindfulness practice on November 8.

Ethan Nichtern is a senior Buddhist teacher. From 2010-2018 he served as the teacher in residence for the Shambhala NYC community. He is the author of The Road Home: A Contemporary Exploration of the Buddhist Path (2015), The Dharma of The Princess Bride (2017) and other books.