“I can't take it anymore. And here's something else.” 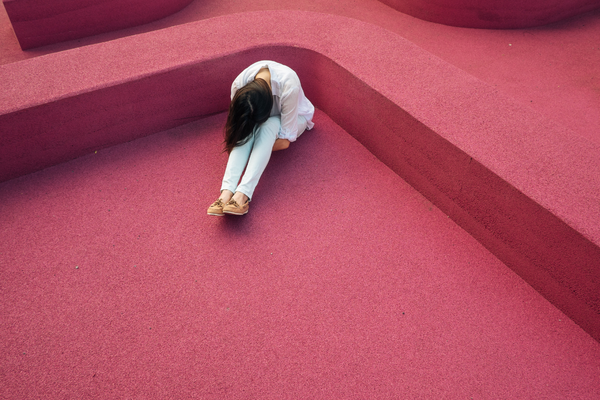 Two decades ago, I went on a long meditation retreat with Jack Kornfield.  After hitting a particularly rough patch with a lot of really difficult emotions coming up, I wrote Jack this note: “Does this ever end?”

He wrote back, “Relax, and you will know.”

“Relax, and you will know.”  I sat with that for a long while, and started to see that, if I could bring some sort of relaxation to what was going on, some sort of gentleness… in that relaxation, there was a spaciousness and a heartfulness.

What I saw was that even difficult feelings arise and pass.  They’re not wrong or bad; they’re just forms of clinging: needing, wanting, a feeling of unworthiness, anxiety, fear, greed, anger. And that clinging arises and passes. If I try to get out of it, it gets worse.  But if I can just be with the intensity of a feeling, without adding anything extra onto it, without spinning out into a bunch of stories that most of the time are only partially true – it might still be painful, but it’s not overwhelming. And eventually it passes. This is a fundamental feature of our reality: impermanence.

Many people I work with say that they’ve had this experience over the last three years. That they can’t take it anymore… and then something more happens.  The violence and anger in our country, the pandemic, racial injustice, climate change, the war in Ukraine, economic stress – we’re all finding new edges, all the time.  It’s been this way for three years.  It's like, “I can't take it anymore. And here's something else.”

Then as it moves through, it’s like, “I guess I could take something else.”

This is part of how we grow: we can get pushed, or push ourselves, past our edges.  But how do we work with that? How do we become aware of the signs that we’re reaching our edge, without falling over it?

Last June, there were two major shootings that happened in the United States, barely a week apart, in New York and in Texas.  Right after the first one, my family – my husband, my six-year-old child and me – all got Covid.  So that was happening.  Then the second shooting was at a school, so all my mom-friends started texting me. I was beyond my capacity.

Fortunately my meditation practice was also right there. My husband Vince, who is also a meditation teacher, sometimes asks me, “what do you need?”  It’s an invitation to mindfulness, to see what’s needed at that moment.  And in that moment, I needed to go into child’s pose, from yoga, where you lay face-down in an almost fetal position.

So that's where I went. I was on the screened in porch, in the backyard, in the fetal position, bawling.  So much sorrow. How can we do this?

And yet along with that sorrow, there were also the birds chirping, the flowers blooming, the wind blowing.  There was the remembering of loving awareness. Both are here. Which means that for a moment, the sorrow passes. Even if it comes back a moment later.

And in that holding of both, there comes this sense of “What's mine to do?”

What is mine to do? What's yours to do?

As we deepen into this sense of inner freedom, there's a sense that we can choose a life worth living.

I’ll close with this excerpt from Rilke, translated by Joanna Macy. It’s written as if God, or a higher power, or the enlightened mind, loving awareness, is speaking to you:

Let everything happen to you, beauty and terror.

Don't let yourself lose me.

Nearby is the country they call life.

You will know it by its seriousness.

Give me your hand.

Emily Horn is on the core team of Buddhist Geeks, which integrates technology, culture and meditation. She is a teacher at Spirit Rock Meditation Center, Insight Meditation Society, and InsightLA, and has been called a "power player of the mindfulness movement" by Wired Magazine.