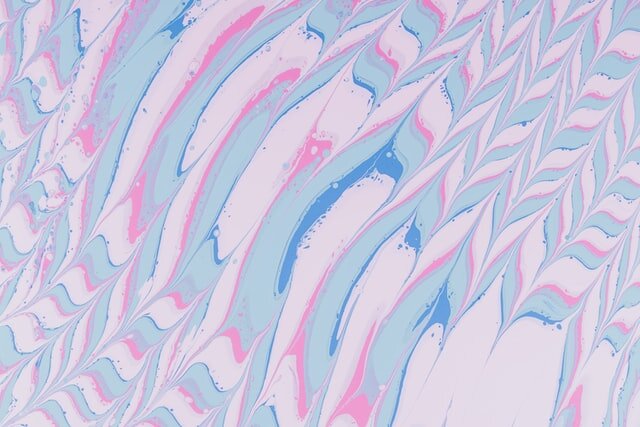 When I finally mustered up the courage to come out to my parents, I asked if I could come over for lunch. Sitting at the table, I asked if we could turn “Bonanza” off (we always had the TV on during meals), so they knew something serious was about to happen. I said, “there’s something that I've been wanting to tell you for a really long time and have been afraid to. I'm gay.”

I got emotional, of course. And then my mom said, “Oh, you don't need to cry. We've been waiting eighteen years for you to say something. You’re our child, and we love you no matter what.”

And then my mother said, “So now there are three things you have to do. First, get your finances in order. Second, take a self-defense class.”

Then, out of the blue, my father, who had not yet said a word, chimed in and said, “And replace all the appliances in your kitchen.”

Several years later, I was three weeks into a month-long meditation retreat when I learned that my mom was in the hospital and had been diagnosed with a terminal brain tumor. When I heard the news, my body sunk into the chair. I didn't get hysterical or upset. What arose in me was “Wow, this came out of nowhere,” and “This is what is.”

I left the retreat early to be with my mom and family. My aspiration upon arriving home was to be a loving presence, to be accepting of what was happening, and to be there in whatever way was most appropriate.

Soon after I arrived home, I visited my mom at the hospital. She had lost a lot of movement on her left side of her body. My dad was freaking out, and my sister was pretty scared, too.

My mom ended up staying in the hospital for about four weeks as they ran a bunch of tests to figure out a treatment strategy. Ultimately, they said that it was terminal and that my mom had only four to six months to live.

For me, that also meant that I had four to six months to resolve my relationship with my mother. We weren't very emotionally close to each other. My mom was always kind of stoic, very strict, pretty non-emotional. But when she got sick, she really softened. I was able to say things that I had long wanted to say and to address whatever could be healed in our relationship.

One day, as I was walking with her very slowly down the hospital corridor, I said, “You know, mom, on retreat I actually walked this slowly during walking meditation.”

She looked at me and asked, “Can you teach me how to meditate?”

I immediately thought to myself, “Who are you and what did you do with my mother?!”

We went back to her room, and I had her lie down on her bed. I guided her through a simple body scan meditation. She was totally into it! In two minutes, she was in the zone. Ten minutes later, she opened her eyes and said, “Can you tape that for me? That was very relaxing.”

“Sure, Mom,” I said. Later I also taught her how to do Qi Gong in her chair, and that became our little ritual while she was in the hospital. She would also diligently pray her rosary and read her prayer books. I realized and accepted that this was mom’s practice just like me sitting and meditating.

Before I left each night, mom, who was a devout Catholic, would often ask me to pray for her. One time I asked her, “Mom, what do you want me to pray for?”

And she said, “I want you to pray that God will accept me.”

How ironic—the person I was so afraid wouldn’t accept me, was herself afraid of not being accepted.

I said, “Mom, don't you feel like you've lived a good life and that you're deserving of God's love? You raised two awesome kids and have been generous in so many ways. I think that’s good enough. And I’ll still pray for you.”

My mom was a stickler, though. She would often ask, “Do you still go to mass?”

I finally replied, “No, I don’t, but I still pray to God and light a candle at the Shrine whenever I’m near there. And I have this other practice that has helped me to be free from suffering and to be truly happy. You don't have to worry about me anymore, Mom, no matter what happens.”

It felt so good to be able to honor what she wanted, while also staying true to myself.

My mom lived six months longer than anticipated. Though her mind began to deteriorate, there were many nights that I sat by her bedside as she slept, asking for her forgiveness and offering her mine. I trusted that we connected somewhere in the mystery at those times. And that now, five years after her death, we still do.

Lama Rod Owens is a Buddhist lama in the Kagyu school of Tibetan Buddhism. He holds an M.Div from Harvard Divinity School and is the author of Love and Rage: The Path of Liberation Through Anger.