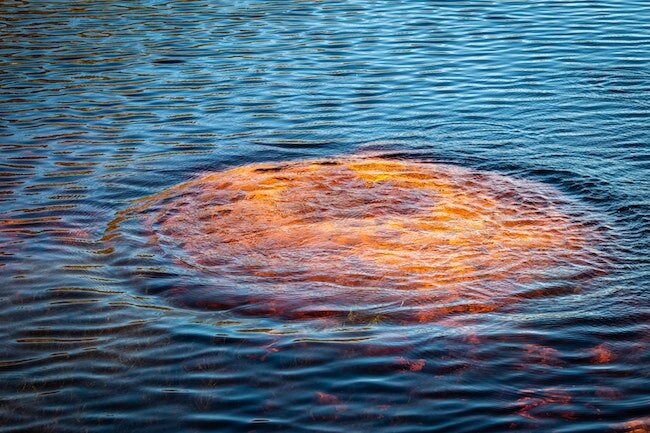 Wherever you sit on the political spectrum, chances are you’ve felt angry lately. This is a fierce election, with a lot at stake, and anger is a natural response to a lot of what’s being said and done right now.

Now, in meditation circles, anger often gets a bad rap. We imagine that we aren’t supposed to ever get angry, or if we do, we’re bad at meditation.

But trying to never be angry won’t work. If you think about it, we can’t make anger go away any more than we intentionally produced it in the first place. So, when are angry we just have to be angry.

Instead of fighting with anger, we have to turn toward it, to experience it without affirming it and waving it around, and to investigate what it really is. It turns out, the closer you look, the more anger can teach us.

Here are three ways that can happen.

1. Seeing the mind and heart

First, anger can teach us about what’s really going on inside ourselves.

Of course, we all know what anger is. It’s a set of intense and mostly unpleasant physical sensations – pounding heart, surging blood, rapid breath, tense body, heat, pressure – together with flooding thoughts, like fiery streaks across the mind.

But anger is often more complicated than it seems.

I may feel angry, but if I look more closely, I often see that the anger is a cover for an emotion behind it, such as fear or grief, that I can’t yet feel. Maybe I’m furious because of something someone said to me. But a moment later I realize I wasn’t angry at them at all – I was upset with myself or with someone else in my life.

Or maybe I don’t feel angry consciously at all. I might look angry – in fact, you can see by my words and body language that I’m quite angry. But I insist that I’m not. Am I angry, only I don’t know that I am? That’s odd – the possibility that I could be in the grip of an emotion I’m not even feeling.

Maybe I’ve been covering anger over for years with some fake peacefulness, so that I don’t even know it’s there until one day, like a sudden flaring brushfire, it bursts forth.

If we investigate anger in this way, it can teach us about who we are, about what’s on our minds and in our hearts. It’s like physical pain, the body’s way of protecting itself by indicating that something is wrong. It’s an indicator: something needs attention.

The key in this kind of investigation is subtle observation: spaciously being with what happens, noticing it with mindfulness, and, in your own reflection, exploring the information that anger is providing you.

After the moment of anger has passed, take time to investigate it. Bring it up in meditation, journaling, or other forms of reflection. What happened there? What were the proximate causes of it? What were the deeper causes? Think about the people involved – how you regard them and how you would like to regard them.

2. Seeing cause and effect

Second, anger can show us the illusory nature of the self; how, in fact, everything is the result of other causes and conditions.

I don’t decide to be angry. It just happens, all of a sudden. Am “I” angry? Or have the conditions for anger triggered a response that is not “mine” at all?

Nor am I ever really angry at another person. Even when a person does terrible things, it isn’t really the person who is at fault; it’s the passion or ignorance within them. The other person is really a victim of this passion and ignorance. And what’s the use of getting angry at a passion?

In fact, the actions of others are never what really make us angry. The real cause of our anger is how we react to those actions. If I don’t mind what you did, there’s no anger. Anger is mine alone.

Moreover, since every moment arises from the totality of past conditions, a moment of my anger is produced by everything that has ever happened to me, even though it bursts forth now, triggered by an event in the present. This moment of anger, in a sense, must be here.

Third and finally, anger can teach us patience.

There’s no use regretting anger or trying to avoid it: here it is. This is what it feels like. I don’t have to believe all my thoughts about it, or act on them – in fact, I’ll be better off if I don’t. But I can be with the precious and inevitable moment of anger that has arisen.

Intimately being with anger when we are angry is the practice of patience.

When anger arises, just notice. Before you rush into foolhardy words and deeds, notice the actual phenomenon of anger. How does it feel? Train yourself to bring attention to the body in the moment of anger. Be with your breathing. Be with your heartbeat.

Simply say to yourself, This is anger. This is what it feels like. It’s just like this. When you do this, you are slowing things down, gently embracing your condition, neither pushing it away nor getting hooked into it. Train yourself to pause, to practice patience. Resist the impulse to immediately shoot back with aggression.

If you study your anger long enough to understand it, and not be caught up in it, you can welcome it, and even make use of it to give you energy and strength to pursue justice and goodness for a world in need.

Anger can reveal a great deal about our feelings; about our true nature; and about how to be patient and effective with ourselves and others. Practicing in this way, what is often a poison can instead become a valuable teacher.

Norman Fischer is a Zen priest, poet and spiritual director of the Everyday Zen Foundation, an organization dedicated to adapting Zen Buddhist teachings to Western culture. He is the author of several books including Opening to You: Zen-Inspired Translations of the Psalms and The World Could Be Otherwise. You can also listen to him on the Ten Percent Happier podcast.