Meditation and the 2020 Election 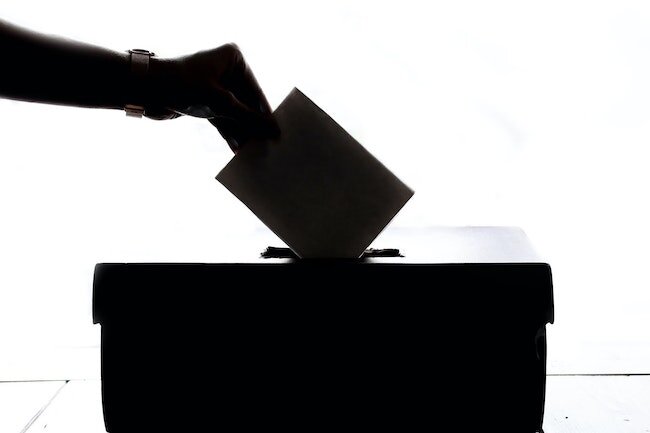 The next several weeks, as we enter a highly contentious election season in the midst of an ongoing pandemic, will ask all of us some challenging questions.

How do you remain engaged in civic life, when you’re awfully tired, when you’re frustrated? Where can we connect to something larger than the small-minded views the world may be pulling us toward? How can we remember to reside more often within this bigger vision of compassion, understanding, and connection?

I’ve spent the last four decades working to help people cultivate the inner capacities of mindfulness and lovingkindness through meditation and other practices, so naturally I think these practices have some answers to those questions.

At the same time, I know meditation is sometimes seen as a purely internal practice, with benefits for the practitioner, but nonetheless quite separate from day-to-day life—a retreat from life’s pains and struggles. At one extreme, we might think of gurus on mountaintops and disciples cloistered away in ashrams. But it’s also true if mindfulness is used solely for stress reduction, which is certainly valuable, but which may not affect more than ourselves and our immediate circles.

I’ve seen, however, that the outcomes of lovingkindness and mindfulness meditation practices can be foundations for engaging in the world in large, bold ways that are also realistic and sustainable. They can provide us with the tools we need to navigate the emotional and conceptual terrain that comes with seeking to make change.

Here are three examples of that.

First, mindfulness and lovingkindness meditation build a quality of resilience that can shore us up for the long haul. They help clear our minds to make better choices, with strategies based on the values we want to live by. They teach us how to be with feelings of loss or frustration or pain in a way that’s healing and onward-leading, instead of devastating.

And they help us focus our energies more productively and relieve the exhaustion of finding too many battles to fight – after all, if you expend your energy arguing with that angry relative you disagree with, you’ll have less of it available for phone banking, getting out the vote, or other more impactful actions.

Second, mindfulness and lovingkindness help me remember my values. It’s impossible to cultivate compassion on the meditation cushion and not be deeply affected by some of what we see on the news.

In late June 2018, for example, I helped coordinate a global minute of meditation to call attention to children being held in detention by the United States government. These kids, some as young as one year old, had been separated from their parents who were seeking asylum at the U.S. border. Though asylum-seeking is considered a legal form of entry – again, these were not people breaking the law – my government was treating it as though it were a terrible crime for mothers or fathers to flee war, hunger, and domestic violence in search of a better life for their children.

Reading about and seeing videos of these frightened children on video, seeing their parents desperate to be reunited, simply broke my heart. I remember what it was like as a child to feel abandoned. But my resonance with that pain was good because it inspired me to take action. This is the kind of resonance we need more of.

Finally, a funny thing happened when I publicized that minute of meditation on Twitter.

Some responses were very positive, with people expressing gratitude for a way to not feel so alone and to have a reminder that this heinous practice was ongoing and we couldn’t afford to look the other way. Several wrote about how exhausted they were by their own outrage and how they needed another way to respond that incorporated love.

But, Twitter being Twitter, many responses were negative, dismissive, or angry. Some urged me to stop leading the meditation and instead donate to an organization working directly with those families. (I already had donated.) Some chided me and gently tried to steer me toward other forms of action, instead of what they saw as a mollifying, self-soothing, self-serving exercise.

A few were more strident than that, deriding me for wasting people’s time, describing me as ineffectual and stupid, and, in one case, “as bad as the people who send thoughts and prayers after a mass shooting, instead of working on things like background checks.”

In those moments, I found my meditation practice gave me the spaciousness of mind to not take the attacks personally and to respond skillfully rather than be simply reactive.

I responded to my critics by saying that I offer lovingkindness to those in ICE detention centers precisely to remind myself not to disconnect. I reiterated that I would never suggest meditation, prayer, or positive thoughts as a replacement for action. But that I also know I need to connect to something bigger, repeatedly, to have energy to keep working.

In sum, my experience of mindfulness and lovingkindness is that they help us join forces with others more effectively and harmoniously. They transform how we see ourselves, those we work with, and even those whose decisions and actions we work against. And they lighten and open our hearts as we cultivate the power of connection. We need that power now more than ever.