The Paradox of Invincibility 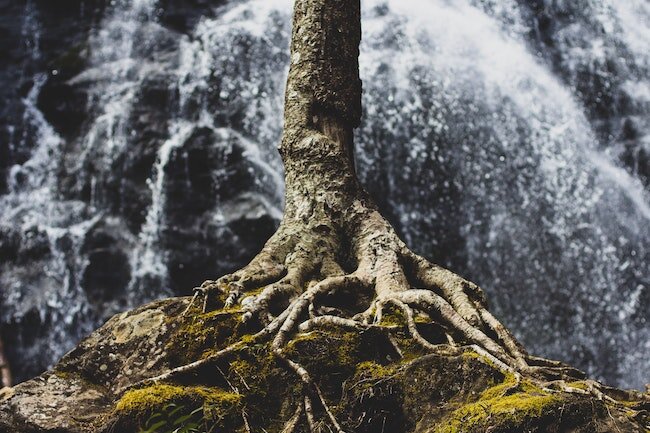 Invincibility is a paradox.

On the surface, the word may conjure up ideas of a stoic, “no pain, no gain” mental toughness, or even reckless teenagers acting like they’re invulnerable.

But true invincibility—which I define as the ability to be with, and get through, whatever comes your way—is the opposite. It doesn’t come from trying to be “tough” – it comes from vulnerability, from allowing ourselves to experience the difficult parts of being human and seeing that we can be with them.

As many of us have had to learn first hand over the past year.

One of my first meditation students was a woman I’ll call Chaundra. Chaundra had struggled with alcoholism for over a decade. When she came to me, she was recently sober and dealing with high levels of stress and unresolved grief from the passing of her mother several years earlier.

Mindfulness practice was immediately impactful for Chaundra. It reduced her stress, helped her to process the grief, and gave her a sense of peace she had not experienced before. It was a remarkable transformation to witness.

A year into working together, however, she stopped coming to our sessions. I reached out to her, but didn’t hear back. I knew Chaundra’s father had been sick, and I feared her disappearance was related to his taking a turn for the worse. Given that she had lost her mother only a few years prior and only just moved out of the intense grief, I worried this was going to be too much for her.

Months later, Chaundra returned to our sessions and confirmed that her father had passed away. Yet at the end of class, through tears she gently said, “Thank you,” and went on to tell me that being present for her father’s death was one of the most painful yet beautiful experiences of her life.

When her mother died, she explained, the way she got through it was alcohol. It was too much pain to handle, so she numbed herself through the experience. And she spent the following years working through the unprocessed grief, as well as the regret she felt for not being lucid during her mother’s passing.

Going through the death of her father, now sober and with her mindfulness training, she was able to stay present through the pain. She could console her kids as they grieved the loss of their grandpa, she let herself laugh and cry with her siblings as they recalled memories of their father, and she was able to be at her dad’s bedside for his final breaths.

Although it was one of the most painful times of her life, she said the experience softened her heart, deepened her connection to her spirituality, and brought her closer to her loved ones.

This is true invincibility.

Several months after the death of her father, Chaundra described having a newfound strength and empowerment. After being present through such intense emotional pain, and remaining intact, she felt less fearful and anxious in her day-to-day life. Little things that used to seem like a big deal—people cutting her off while driving, stress at work, and juggling the various demands of parenting—felt small in comparison to what she had been through.

Meanwhile, the possibility of bigger things—like if she were to lose her job, get sick, or God forbid, lose another loved one—felt less terrifying. It wasn’t because she didn’t think these things would be painful—if anything, she had a new respect for just how painful life can be. Instead, her sense of empowerment came from knowing that she could get through the pain and not be broken by it.

Maybe you’ve had a similar experience over the past year.

The most difficult moments of life can bring the greatest growth, perspective, and insight. They can also drop us into vulnerability, making us more receptive to things like love, connection, honesty, and authenticity. We’re more likely to connect to the people we care about and reprioritize what is most important in life.

Of course, I don’t think pain and tragedy are things to seek out. And I’m not saying everything that happens is for the best. But these experiences are a reality of being human, and when we give ourselves permission to experience them, we experience a kind of wholeness and peace that can only come from staying open to life. We develop the confidence that we can survive difficult times. By taking off the mask of invincibility, we cultivate true invincibility.

Cory Muscara is a former monk and bestselling author of Stop Missing Your Life. He has taught Mindful Leadership at Columbia University, is an instructor of Positive Psychology at the University of Pennsylvania. For the last ten years has offered mindfulness workshops and retreats around the world.