Human Nature and The Problems We Face 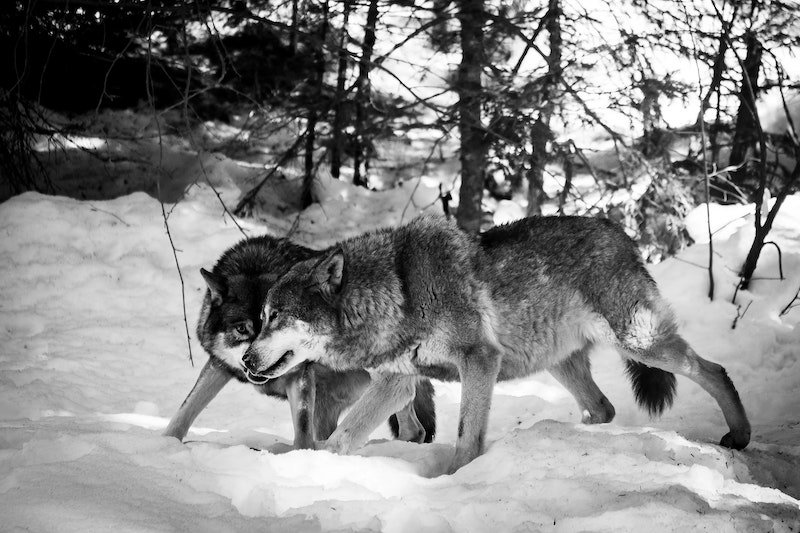 In the last few years, many of us have begun to lose hope in humanity. The torrent of bad news, the resurgence of old hatreds, and our seeming inability to tackle the greatest problems that face us has led many people to despair, cynicism, and anguish.

There's a well-known teaching story on this subject that gives me the shivers whenever I think of it.  It's about an elder who is asked what she had done to become so happy, so wise, so loved and respected. She replies: “I know that there are two wolves in my heart: a wolf of love and a wolf of hate. And I know that everything depends on which one I feed each day.”

Who among us does not have both these two wolves in their heart? We all have capacities both for love and generosity on the one hand, and for selfishness and hate on the other.  I know I do.

I also know that we've got these two wolves because we evolved them, because both wolves were once needed to keep our ancestors alive.

For several million years, our hominid and early human ancestors lived and evolved in small hunter-gatherer groups that competed with one another for scarce resources. When bands met, they often fought. Researchers have found that about 12-15% of hunter-gatherer males died in such conflicts – compared to the 1% of men who died in the many bloody wars of the 20th century.

Therefore, genes got passed on that promoted more cooperation inside a band and more aggression toward the "other."  Both of these wolves are stitched into human DNA.  It’s evolutionarily natural to fear strangers, who were indeed often threats at an earlier time In human history.  The related impulse to dehumanize and attack “them” served to pass on genes for millions of years.

But that does not mean, as some would say, that this is just how human life always has been and must forever be.

While the wolf of “hate” also includes important capabilities such as fierce protection, we need to regulate it in new ways as we live together as a single human tribe of 8 billion people on our precious earth. When a virus mutating anywhere can become a worldwide plague; when carbon emissions in one country heat up the whole planet – the unleashed wolf of hate disrupts the cooperation and sense of common humanity needed to solve these problems. When we dismiss, fear, or attack “them,” it usually comes back to harm “us.”

While the wolf of hate is a part of us, it doesn't have to dictate our thoughts, words, and deeds. We have the freedom to relate to it wisely or unwisely. That doesn't mean we can kill or repress the wolf of hate -- that just makes it stronger. But as the wise elder said, we can stop feeding it with fear and anger.

This takes work. For thousands of years, the powerful have fed grievances and stoked rage and fear for their own purposes, to hold onto wealth and power.  All around we can see this happening in front of our eyes today.  We can't be passive about this; we have to see those who feed the wolf of hate, and act with skill and strength in whatever ways we can against them.  This takes mindful attention, and a whole lot of patience. Countless goodhearted people have done this for thousands of years, and the world would be so much worse without their efforts. They called out bullies and tyrants, they refused to be manipulated by grudges and vengeance, they marched and spoke up and stood tall for the greater good. They did it, they are doing it – and we can, too.

Meanwhile, it is a moral imperative to feed the wolf of love. You can do this by befriending yourself, by treating yourself as you would treat a friend. Have compassion for yourself. Be aware of your own decency and kindness; know that you are a basically good person. Consciously take in the good of everyday experiences of feeling seen, appreciated, liked, and loved.

You can also feed the wolf of love by caring about others. For instance, you can see their suffering and wish them well. You can recognize the good in them. You can take a fundamental stance of non-harming toward all beings. You can let in these experiences and make room for the wolf of love in your heart.

And you can feed it by consciously seeing the good in the world, and the good in the future that we can make together. While the wolf of hate may dominate the headlines, it is actually the wolf of love that is much more pervasive and powerful. While humans have spent a lot of time fighting over the millennia, still the majority of daily life has been and is based on compassion and cooperation – what Professor Paul Gilbert has termed “caring and sharing.”

Fortunately, this work is delightful.  Although it takes effort to do so, it raises our spirits to see what’s good in other people, what’s good in ourselves, what’s already good in our world, and what could be better in a world we can build together.