Going Trick-or-Treating in Your Mind 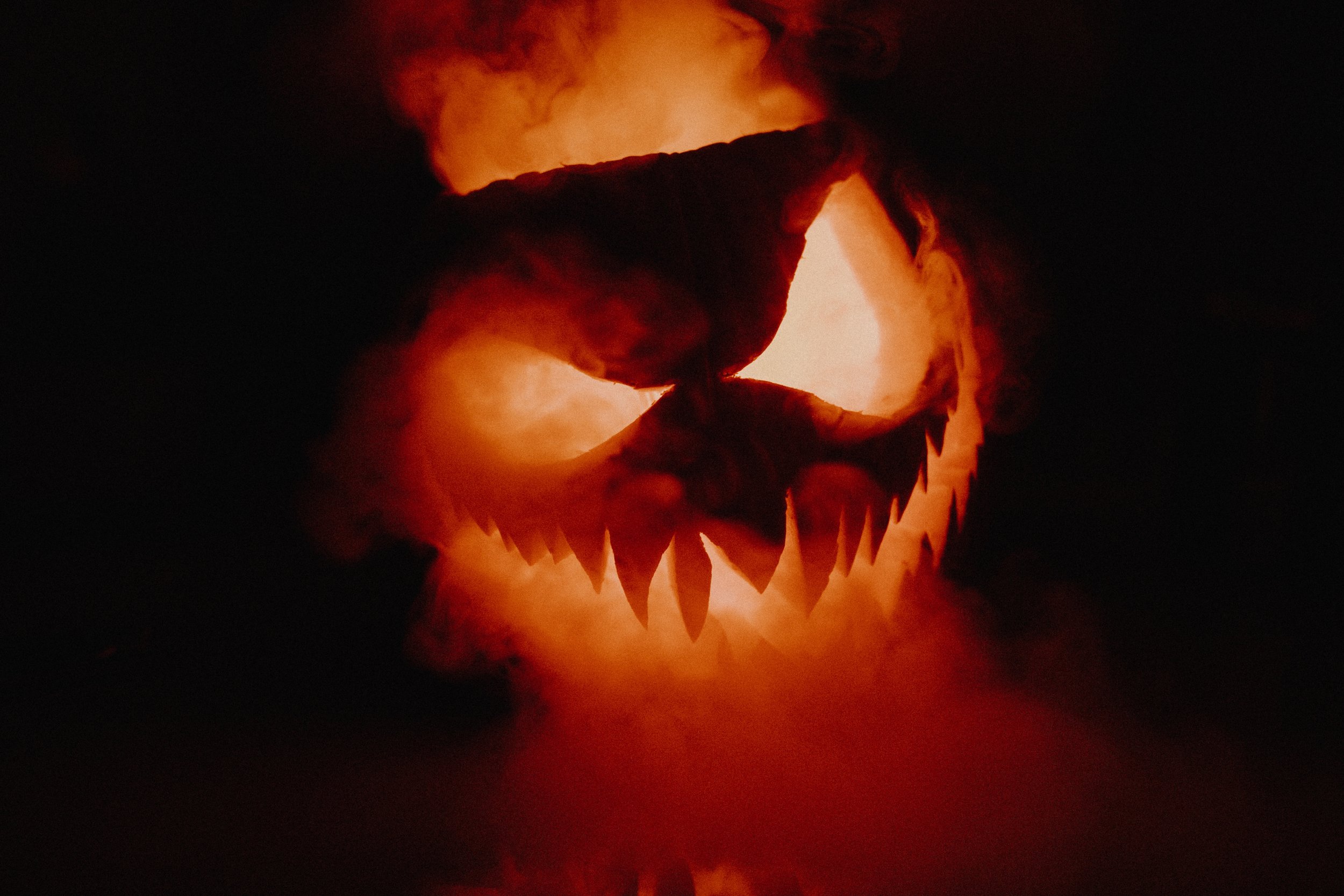 Boo! Halloween is around the corner.

For most adults, Halloween is kids’ stuff, more associated with warm family memories than actual terror. But Halloween does have darker roots, both as the Christian All Hallows’ Eve, a night (and following day) of praying for the dead, and possibly as the Celtic Samhain festival, on which the veil between living and dead is thinner than usual.

Not to mention the Halloween movie series, which is being rebooted this year.

Personally, as someone with a PhD in religious studies and an unquenchable curiosity about the weirdest and wackiest religious practices (my dissertation was on an obscure 18th century heretic), I find holidays like Halloween to be fascinating. Imagine you’re an alien dropped in an American suburb on October 31. WTF is going on?

First, human beings are clearly both terrified of death and drawn to laugh in its face. Think of Mexico’s Día de Muertos, or China’s Hungry Ghost festival. Or the skeletons and ghosts everywhere around this time of year.

Obviously, the laughing helps with the terror. All of us who have been through the process of losing a loved one, or fighting a life-threatening illness, or some other brush with death, know how “gallows humor” can be some of the best medicine in situations over which we have no control. You might as well laugh. There’s not much else you can do anyway.

All spiritual traditions have practices like this. In European Christianity, think of the memento mori, the reminder of death: often a skull, meant to remind you how precious and fleeting life is. It’s hard to take that tweet seriously when there’s a skull staring at you. In South Asian Buddhism, monks would occasionally retreat to the “charnel grounds,” the open-air fields where dead bodies lie and decay, and contemplate the impermanence of life.

Try 'Turbo-Charge Your Meditation (in the app)

The point of these rituals is not to become morose. On the contrary; by confronting the finitude of life so directly, we lose some of our illusions of our own importance. We brood less. As Calvin said to Hobbes one night, “When you look into infinity, you realize that there are more important things than what people do all day.”

Consider integrating such reflections into your own meditation practice. Maybe it’s just reminding yourself the truth that “this, too, shall pass.” Or that some day, you’re going to die and there’s not much you can do about it. See what happens in the mind, heart, and body.

Ultimately, the joke is on us – but we can still laugh at it.

A second fascinating aspect of Halloween is how we’re drawn to fear, even though being scared is no fun. Maybe the spooks and monsters of Halloween are a kind of play-acting, in which the terror of death is domesticated, confronted – like a pagan Cognitive Behavioral Therapy.

For example, a thought might arise (meeting tomorrow!) and because your mind is more sensitive, you can notice the fear surrounding it (oh crap! What am I going to say?). Or you might be doing a body scan and suddenly notice that, wow, I’m feeling a lot of fear right now and I didn’t even know it.

In that moment, see if you can just experience the fear as fear. Don’t rush to the “story” of what you’re going to say in the meeting, or what you’re afraid of. Just hang out there with fear for a minute. Okay, fear feels like this. I can handle it – or at least just sit here and let it happen.

That moment is your own mini-Halloween. It’s a training ground for when fear comes up in real life. Of course, when that happens, you might not be so calm and focused. You might just freak out. But if you “sit” with fear in meditation, you may notice that when it comes up in life, you’re able to freak out 10 percent less. (Hey, Dan, that’s a good title for your next book: 10% Less Freak-Out.)

After all, it’s just fear. You’ve seen it before. No big deal.

Finally, I love Halloween for the same reason I love snowstorms: chaos without consequences. In most of our lives, chaos is a problem. Our world is going insane; the toys are all over the floor; I forgot my appointment and now I’m running late.

On Halloween, the chaos is no problem at all. It’s joyous, in fact: kids walking in the street, past their bedtimes, eating way more candy than they’re usually allowed. It’s a carnival – literally, like the medieval carnivals in which the ordinary rules of life were suspended for a time. (Like The Purge but with less mass-murdering.)

Here, too, you might experience mini-Halloweens every time you sit down to meditate, as nine galloping horses are off to the races in your mind. Wow! Forget trying to focus on the breath – it’s hard enough just to sit here without exploding! Whoa!

At such moments, it can be helpful to just let the horses gallop.

Try 'Welcome to the Party' (in the app)

Don’t fight with reality. Don’t try to pull harder on the reins. Just let the chaos be chaos. If you can, place your attention on the sky rather than the clouds, so to speak – meaning, hang out with the stillness of the mind “behind” all of this crazy stuff going on. It’s there, trust me – just zoom back a little (metaphorically). Don’t try to quiet the noise.

That letting-go is subtle work, but it does work. And just as, eventually, the kids are done trick-or-treating and the older kids are done partying, so, too, the chaos of the mind eventually subsides.

Halloween is a pretty crazy holiday. But it can help us grow less crazy as well.