Stop Being Afraid of Fear 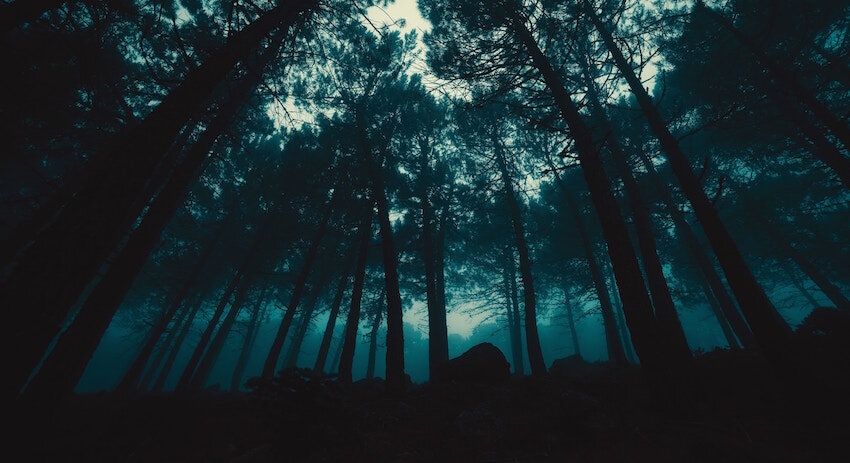 As a girl of ten years, satin ribbons in my hair, and wearing a freshly starched dress, I had a special seat in church each Sunday next to the most fearless person I knew: my father, Lawrence Manuel Jr.

Each week, on Saturday evenings, in the rush of Los Angeles where I was born and raised, I would read my father his weekly Sunday school lesson. As I read, he would make symbols of his own in the margins that represented the sounds of the words.

He did this because he was illiterate. A sharecropper's son born in 1898 in Opelousas, Louisiana, he spoke mostly Creole, making his English difficult to understand. Yet he didn’t let that get in the way of his participation in Sunday school. With the symbols he had developed, he would “read” a portion of each lesson out loud to a class of other older black men.

I would never have been brave enough to pull off such a thing. But my father was a talented and courageous man. Raised in the backwoods, he learned to do whatever was necessary to survive. He was what I called “fearless,” and, as I sat next to him at church, I prayed to be fearless just like him.

On the other hand, it was also in church where my deepest fears emerged as a child. How was I going to negotiate my young life with God so that I would not go to hell? I was terrified.

The stories my parents told of the South and race relations brought even more terror. And on an unforgettable night in 1966, right in Inglewood, California, a cross was burned on our front lawn.

Why do I mention these things? I share them to demonstrate how fear and anxiety can accumulate over a lifespan.

Most of us are unaware of the extent of the fear that we carry. Fear builds upon itself, or more precisely, fear creates more fear. As a result, our accumulated fear becomes a deep-seated terror that is challenging to uproot. We constantly speak of terrorism in the world, but we don't necessarily acknowledge the terror that has invaded our inner worlds.

Many of us are afraid of fear, and afraid of admitting, even to ourselves, that we feel it. We push back the visceral, embodied experience of fear so effectively we think we have eliminated the fear itself. Or we try to eliminate the feeling of terror by rearranging our external lives like furniture in our house. If I changed the way I look, I'd be less afraid. If I had more money to maintain a particular appearance, I'd be less afraid.

But all of these strategies are bound to fail. If we look around or within, we find that fear is often hidden and masked.

The person who appears to be the "center of the party" might well be a person who fears her own invisibility or rejection. Perhaps the person who conducts eloquent presentations at the workplace is in fact afraid of losing his job. The longer we mask our fear the more we experience the terror of our inauthenticity—perhaps creating chronic anxiety and despair.

Once, on the way to a television interview, fear rode my back like a monkey. Thoughts ran rapid, and each one amounted to "I am not enough." In the guest room, I met a famous civil rights attorney waiting for his time to be interviewed. He smiled and assured me that all would go well.

Clearly, he had seen my lack of breath and stiff movements. My terror was visible, and I was embarrassed. I realized in that moment that for most my life I had made great efforts at appearing calm while being completely terrified.

Luckily, once the cameras began to roll and my interview started, I found myself speaking from the heart about what was important to me; the adrenaline subsided and I was no longer afraid.

What had allowed me to release the terror, even for those few moments? I suspect that when my mind was focused on what was in my heart instead of all the fears from my past, I was able to experience myself as an unencumbered, non-suffering being.

We need to confront terror from within. We need to unmask the fear, to let go of pretending we have no fear. If we pretend to be unafraid, we can appear disinterested or disconnected from everyone and everything.

At the same time, it doesn’t work to try to unload the entire mass of fear inside at once. Rather, we can release terror moment by moment, bit by bit, by experiencing it in meditation.

Meditation assists me in seeing the roots of my fear, and in experiencing moments of being free from them. Often, those roots are very old. When I notice terror rising to the surface, I note, "I am in the past." Then, I ask, "What is going on here, right now?"

Other times, the roots are hidden. When I am angry or enraged, I know to say, "I am terrified of something."

Most importantly, I refrain from being ashamed of experiencing these emotions. Only through acknowledging and releasing blind emotions can I experience the inner unencumbered and harmonious being that is always present despite the suffering.

Finally, in meditation we learn to cultivate moments of being unencumbered by fear. We can experience them with each breath, moment by moment, breathing in and breathing out. In meditation we feel fear without having to do anything about it in the moment. We simply breathe. There is no past or future. We are not harming or being harmed. The terror within is being attended to in a gentle way. There may be tears or trembling. We are alive.

Zenju Earthlyn Manuel is an author, poet, Zen Buddhist priest, teacher, artist, and drum medicine woman. She holds a Ph.D and worked for decades for arts organizations and those serving women and girls, cultural arts and mental health. Her books include The Way of Tenderness: Awakening Through Race, Sexuality, and Gender.