It's the Turn of the Decade and Times are Tough 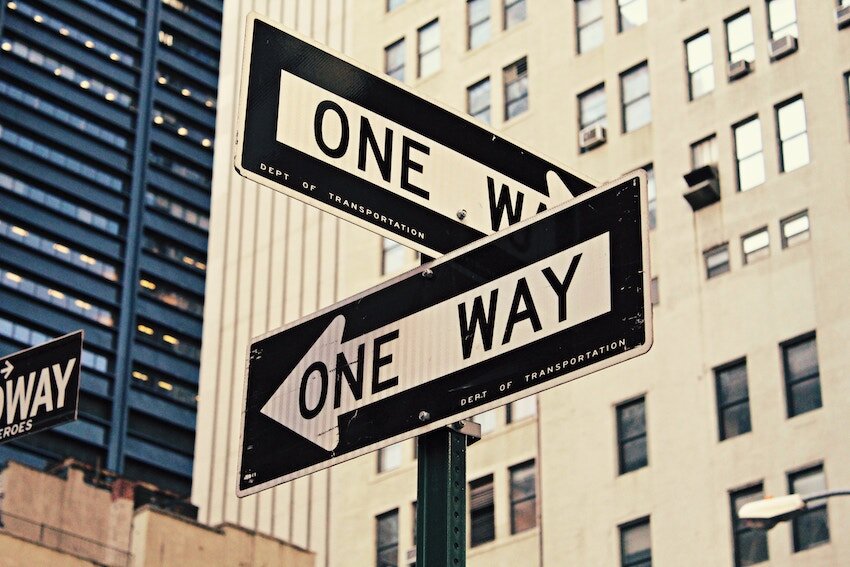 Well, this decade didn’t turn out how we expected.

I don’t think any of us, at the start of the 2010s, thought that the decade to come would be defined by so much terrifying news, so much anxiety, and so much division in our society.

It’s been a sobering few years. This is true regardless of our political outlook. While I tend to see these crises through a liberal political lens -- I fear the world’s turn to nationalism, global climate disruption, and widening inequality -- conservatives report similar levels of dismay at other issues, such as the vulgarization of the public square, the loss of personal privacy, and transformations in society that are leaving millions of people behind.

I don’t know about you, but for me, this dark turn of events has radically upset certain notions of progress that I didn’t even know that I had.

Growing up, I believed Dr. Martin Luther King’s aphorism that “the arc of the moral universe is long, it bends toward justice.” Gradually, things were getting better: more equality, more freedom, and more technology that helped us live longer and more connected to one another.

Somehow, even 9/11 didn’t shake that faith. But these last few years have.

Maybe, I’ve wondered lately, our species just isn’t evolved enough to make it. We’re still primates, after all, so attached to our tribe, to distinctions of us and them. Maybe our violent, fear-based instincts are simply too deeply ingrained to ever be meaningfully transcended. These are dark thoughts with which to end the decade, I admit. And there’s no happy ending.

At the same time, the unexpected darkening of our public lives has reaffirmed for me the importance of meditation, mindfulness, and other forms of contemplative practice. Here are three examples.

First, it’s become more and more clear that inner growth is necessary for our species’ survival. Yes, humans (especially male ones) are primates with animal brains and violent instincts. But we also have capacities for empathy, love, and emotional self-regulation that can be nourished and grown. We do not have to be defined by our baser instincts, if we do the work that helps the “better angels of our nature” thrive.

Second, in the 18 months I’ve been working at Ten Percent Happier, it’s become abundantly clear that the public news affects our private health. People are hurting out there, and one of the reasons is that they’re profoundly anxious about the direction our world is heading – again, regardless of political ideology. We need ways to balance ourselves, both for our own well-being and, perhaps more importantly, so that we don’t run and hide from the world.

For example, the objective truth about the decade coming to a close is that, in many ways, things have gotten better. People are living longer, healthier lives. There’s less armed conflict now, per capita, than at almost any other time in history. Even the shocking turn toward old totems of nation and tribe may be a short-term reaction to the advances of globalization, migration, and technology. It may work out, somehow. Remember, Dr. King’s saying was also a reminder that the arc is long. It may take a while.

But an addled, anxious mind can’t take that stuff in – on the contrary, it rings false. We need ways to build safety, security, and calm in a highly unsafe world – not to stick our heads in the sand, but to be able to keep them above it. And meditation, for me, is a primary way to do that. Indeed, despite the claims some people make that mindfulness detaches us from the world, I’ve found that it’s the only thing that enables me to face it.

Finally, I’ve drawn comfort from the fact that none of this is new.

When our most common meditation techniques were first developed, in northern India 2,500 years ago, life was also unsafe and uncertain. That world was quite different from our own – feudalism, warring clans, pre-industrial living conditions – and yet the human heart was remarkably similar. Instability, fear, and suffering are facts of life, and the tools of meditation and mindfulness have addressed them for a long, long time.

Now, there’s no one way to repair a broken world. We need both public action and private resilience, political engagement and personal growth.

Yet our public problems are, in large part, symptoms of profound pain and dislocation. And the solutions to them will be, in part, growing up as human beings, building the capacities of our minds and hearts, expanding our faculties of empathy and reflection.

Life is impermanent and uncertain, and if we don’t work on ourselves, human nature often makes it worse. Fortunately, there are ways to be better, happier, safer, and kinder. We need to use them. If nothing else, this decade has shown me that.